There is a wealth of opportunities across our beautiful nation. Regional Opportunities Australia (ROA) is a not-for-profit organisation that helps migrants and refugees move from cities to welcoming regional communities and connects them to employment and business opportunities.

Our services are free of charge for our clients and employers.

ROA’s role is to identify regional areas that have employment and business opportunities. It also identifies migrants and refugees who are excited to take up those opportunities and assists them in getting job and business ready, moving to, and calling regional Australia home.

Prior to connecting the two, ROA culturally prepares both migrants and refugees, and regional communities to ensure that the transition to life in regional Australia is smooth and sustainable.

We want to play a role in advancing the regional Australian economy and society by connecting hardworking migrants and refugees to regional areas that offer cheaper housing, lower cost of living and a stronger sense of belonging.

ROA aims to positively transform the lives of migrants and refugees by helping them obtain employment, build successful businesses and fulfilling lives, so they can make meaningful contributions to the Australian economy and society. 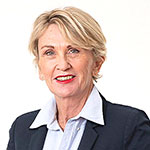 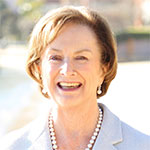 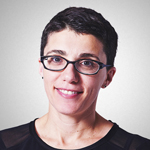 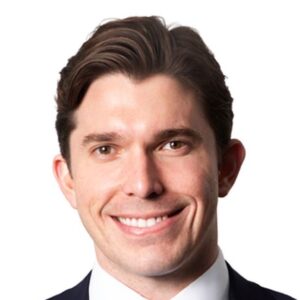 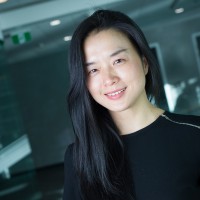 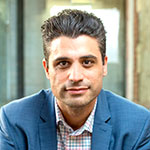 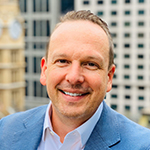 Any cookies that may not be particularly necessary for the website to function and is used specifically to collect user personal data via analytics, ads, other embedded contents are termed as non-necessary cookies. It is mandatory to procure user consent prior to running these cookies on your website.

Wendy Machin is an experienced Chair and non-executive Director with particular expertise in government and member (mutual) businesses. She currently Chairs the Boards of the Australasian New Car Assessment Program (ANCAP) and Reflections Holiday Parks. In addition, she is a Director of the NSW Forestry Corporation and Heritage Bank, the largest mutual bank in Australia.

From March 2015 to March 2019 Ms Machin was Chair of the Customer Owned Banking Association (COBA), which represents mutual banks, credit unions and building societies, which in turn, represents over 4 million Australian customers. Ms Machin also served as President/Chair of NRMA Motoring & Services from December 2008 to June 2014 and was a Director from 2005 to 2017. NRMA is Australia’s largest roadside assist mutual company.

Ms Machin has served on a number of other Boards over the last 20 years. This includes the AAA (Australian Automobile Association), the peak body for all motoring clubs in the country; Destination NSW, the State Government’s tourism agency; the National
Occupational Licensing Authority, a national government organisation charged with implementing policy on moving to a range of single licence occupations with a view to improvements in labour mobility and productivity; and an advisory committee for the ANZ (Olympic) Stadium in Sydney.

From 2004 to 2008 Ms Machin served as a Federal Government appointed Member on the Migration and Refugee Review Tribunal. This body conducts reviews of decisions to refuse or cancel visas to people seeking to migrate to Australia or claiming refugee status.

Ms Machin was previously the Executive Director of the NSW Urban Taskforce, an industry association formed to lobby government on development and planning issues. As an infant association, she helped it grow its membership and enhance its dealings with the NSW Government.

For several years Ms Machin worked in-house as Director of Corporate Affairs in Australia’s largest funeral corporation, now known as Invocare and listed on the ASX.

Her early career was in politics. For 11 years Ms Machin served as a Member of the NSW Legislative Assembly. She was the first woman elected to represent the National Party in the NSW Legislative Assembly in 1985. She was a Cabinet Minister under Premier John Fahey, holding the portfolios of Minister for Consumer Affairs and Assistant Minister for Roads and Transport. She also served as Deputy Speaker for 4 years. In Opposition she held the Shadow portfolios of Fair Trading, Mining and Fisheries.

Ms Machin started her political career as an Officer of the then National Country Party (now National Party). She has worked in Public Relations, both in a large consultancy and as a self-employed consultant.

Ms Machin owns and maintains beef cattle properties near Wingham, NSW where she grew up as the daughter of a sawmilling family.

Her community activities include President of Save the Children Fund NSW, Director of Save the Children Australia, Deputy Chair of the Australian Republican Movement and the National Council for the Prevention of Child Abuse and Neglect. Ms Machin has a strong personal interest in the care and education of the disabled as her only sibling, an older sister, is severely intellectually disabled as a result of a birth injury.

She holds Bachelors and Masters qualifications in Communications and Commerce.

She enjoys all sports and until 2012, played competitive netball. She now plays golf (GA 17-18), rides a motor bike, paddle boards, body surfs and enjoys fitness training. She also likes art and buys modern art. Music and theatre (including theatre musicals) have been a lifelong interest.

Ms Machin is married with 3 children.

Wendy McCarthy is an experienced manager and company director who began her career as a secondary school teacher. She moved out of the classroom into public life in 1968 and since then has worked for change across the public, private and community sectors, in education, family planning, human rights, public health, overseas aid and development, conservation, heritage, media and the Arts.

Wendy was a founding member of Women’s Electoral Lobby and Chief Executive Women and continues to be an advocate for women in public life. From September 2018 to October 2018 she was Chair of the successful by election campaign to elect Dr Kerryn Phelps as the Independent Member for Wentworth. She continued that role in the subsequent Federal election which Dr Phelps lost by a narrow margin.

Wendy has held many significant leadership roles in key national and international bodies including eight years as Deputy Chair of the Australian Broadcasting Corporation, ten years as Chancellor of the University of Canberra, and 12 years of service to Plan Australia as Chair, with three years as Global Deputy Chair for Plan International. In 2016 she completed eight years as chair of headspace, the National Youth Mental Health Foundation ad in 2017 she completed 9 years as Chair of Circus Oz, Australia’s leading circus.

She has established several businesses, including the national consulting practice McCarthy Mentoring which specialises in providing mentors to major corporations, the public sector and not for profit organisations.

Her career has been publicly recognised in many ways:

Wendy McCarthy is an experienced speaker and facilitator, and is regularly asked for comment on social and political issues. She enjoys writing and is the author several books including her memoir Don’t Fence Me In published by Random House in 2000.

Chris is a partner at Newgate Communications with more than 25 years experience working in stakeholder, community and government engagement, and strategic communications for major projects and reforms.

Tye is an Investment Banker at Macquarie Capital, working in mergers and acquisitions across the Resources and Industrials sectors.

As a passionate advocate for diversity and inclusion, Tye is also a member of our refugee and migrant mentoring program where he has had a leading role in successfully assisting many of our migrants and refugees to secure meaningful, long-term employment in Australia.

Tye’s previous experience includes a range of engineering and business development roles with Woodside Energy across Australia and Myanmar as well as product development and project management roles in the manufacturing sector in Australia and China. Additionally, he serves as an advisor to a number of Australian not-for-profit organisations in the mental health sector.

Min Wang is the Finance Director at Westpac

Aleem has spent the past 20 years seeding and mentoring the development of leading initiatives and social enterprises that advance communities where everyone can belong.

He is a mentor and advisor to various startups, community enterprises and government agencies; including Apolitical, Immigration NZ and the Council on Economic Participation for Refugees.

As the CEO of Welcoming Australia, Aleem is working with leaders and organisations across the country to cultivate a culture of welcome and advance communities where everyone can belong, contribute and thrive.

With over 20 years in the recruitment industry, Andrew is a seasoned professional with extensive experience helping organisations source the right people through systems-driven strategies.

As the CEO & Founder of recMATE, a recruitment technology consultancy, Andrew has a passion for combining strategy, structure, process, people, and the right technology to help organisations succeed.

With strong ties to both the philanthropic and corporate communities, Andrew offers select pro-bono consulting through his company, which is a member of the Business for Good foundation.